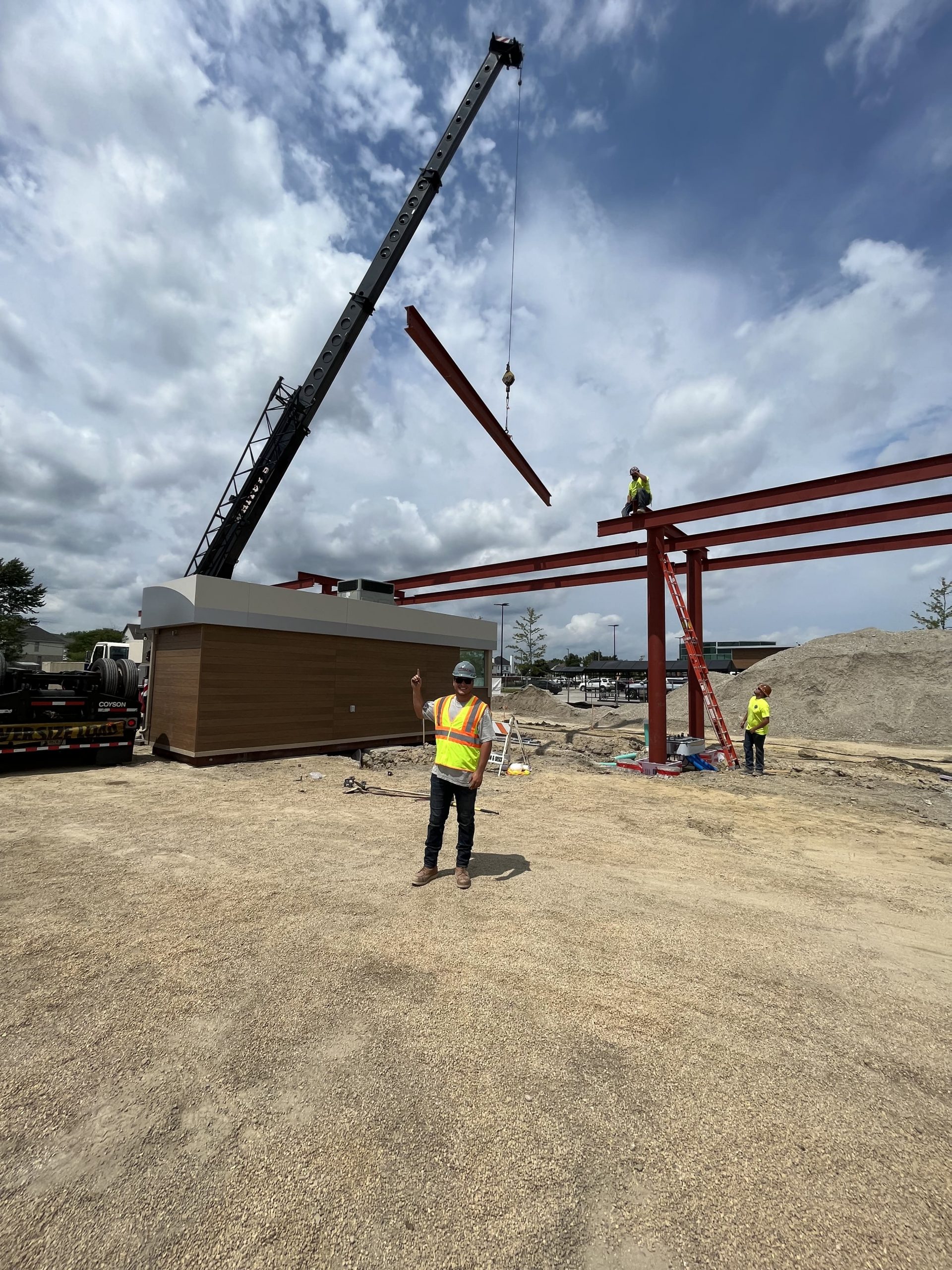 First Day on the Job

What does a first week at a new job look like in your head? Locked up in a conference room for days filled with online training, paperwork and a fourth cup of coffee to get through it might come to mind. My first few days with R. Carlson and Sons was anything but that.

My first day started bright and early as each day in the construction world would at 7 am. Bill Sieczkowski Jr. and I loaded up in his car and hit the road from our office in Mokena, Illinois all the way up to Cary, Illinois to one of our current Thornton’s gas station projects. The pace and volume of everything that was going on at the site was a bit overwhelming. There were dump trucks, scissor lifts, ladders, compactors, and people everywhere. We walked around the whole site, both as a teaching opportunity for me, as well as to complete a site safety audit by Bill.

We loaded back up and went on the road to take a quick look at a previously completed project in Deer Park, Illinois to make sure a customer’s request to add overhead clearance bars for a carwash was fulfilled. After taking pictures and digging around to make sure it would be possible, we hopped across the street (literally) to Kildeer, Illinois to take a look at the site of a new Thornton’s gas station before it really begins. There were still existing buildings, trees and parking lots that were all going to be demolished and removed.

Back in the car, I found myself on my way into the River North neighborhood of Chicago. We visited the site of a soon to be completed Pollo Campero restaurant. It was awesome to see a half-completed restaurant before the walls went up and it started to look finished.

On the road again, Bill and I went on our way to visit another gas station project in Stickney. We were able to see this gas station a little farther along and closer to completion than the one in Cary. I was able to see the gas dispensers opened up and being wired. There are a lot more wires in a gas station than anyone on the outside would ever guess.

Bill and I hopped in the car and stopped at a few more sites before heading back to the office to close out an eventful first day. 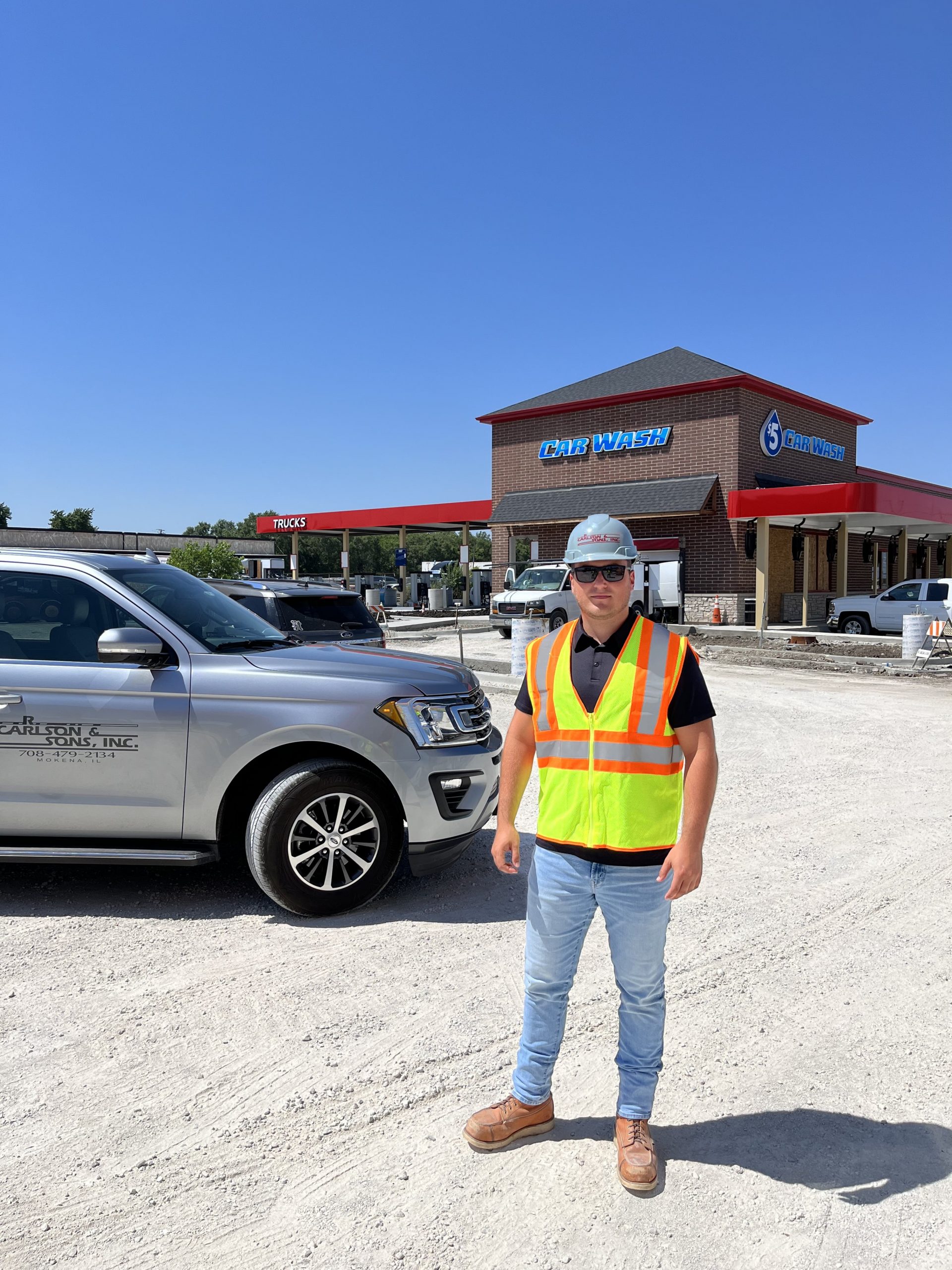 Day two brought even more excitement than day one. After studying the site plans for a while, we loaded up with our hard hats and hi-vis gear again and were on our way to a Mariano’s fuel station site in Des Plaines. I was lucky enough to have a gas station kiosk delivered on my second day. The kiosk came fully built and was delivered on the bed of a semi-truck right to our job site. Once on site, I began to really see what we were about to do. We got the anchors mounted to the top of the building and hooked the crane’s rigging to the anchors. 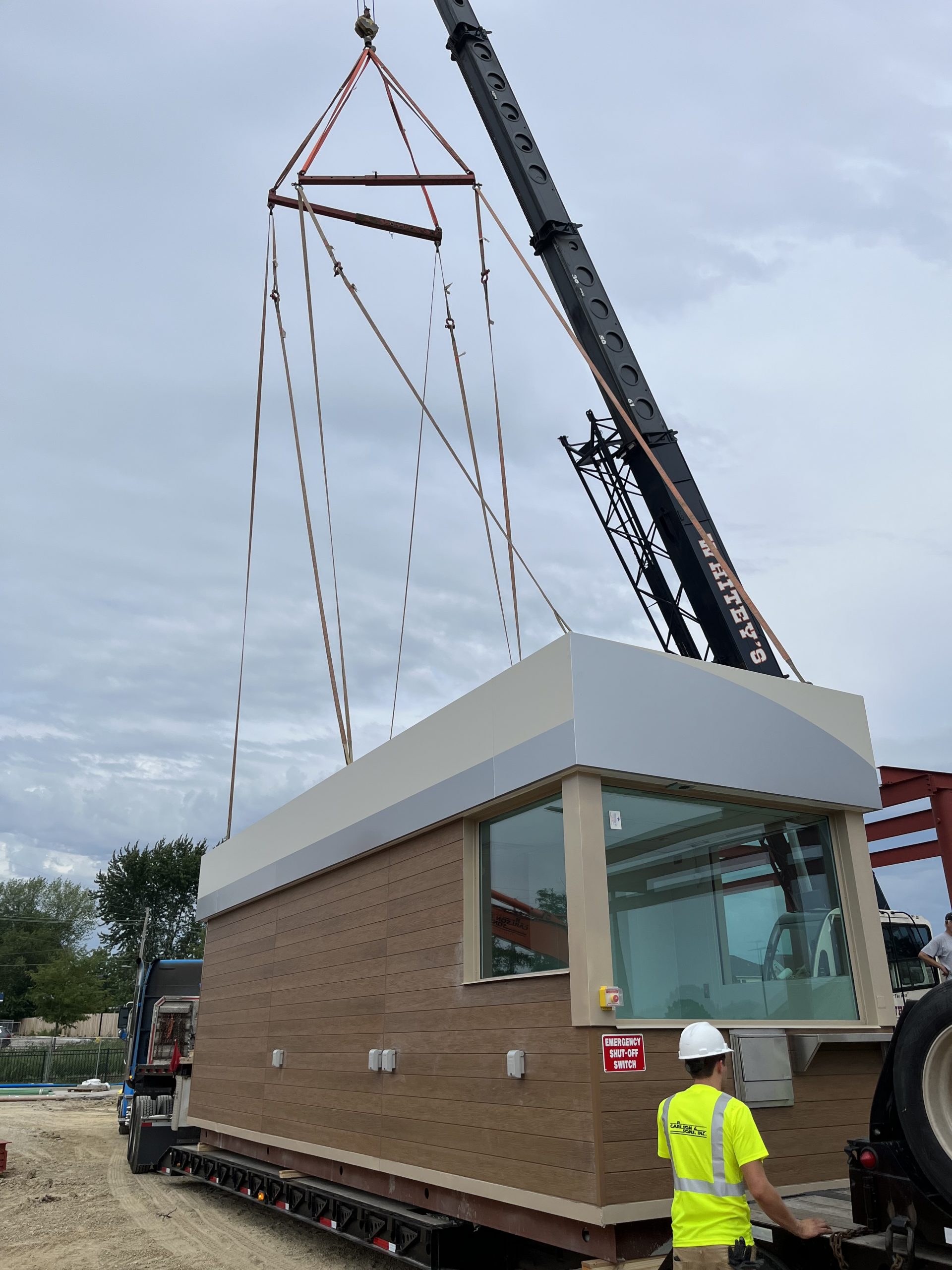 The crane lifted the kiosk right off the trailer and we carefully guided it into place. The precision of the crane operator, of the people that poured the concrete and set the footings for the building, and of the other tradesmen who ran their conduit and pipes to the exact spots needed was amazing. Everything fit right where it needed to.

After the excitement, we came back to the office and I was able to review the site plans which made a ton more sense after seeing the site in person. 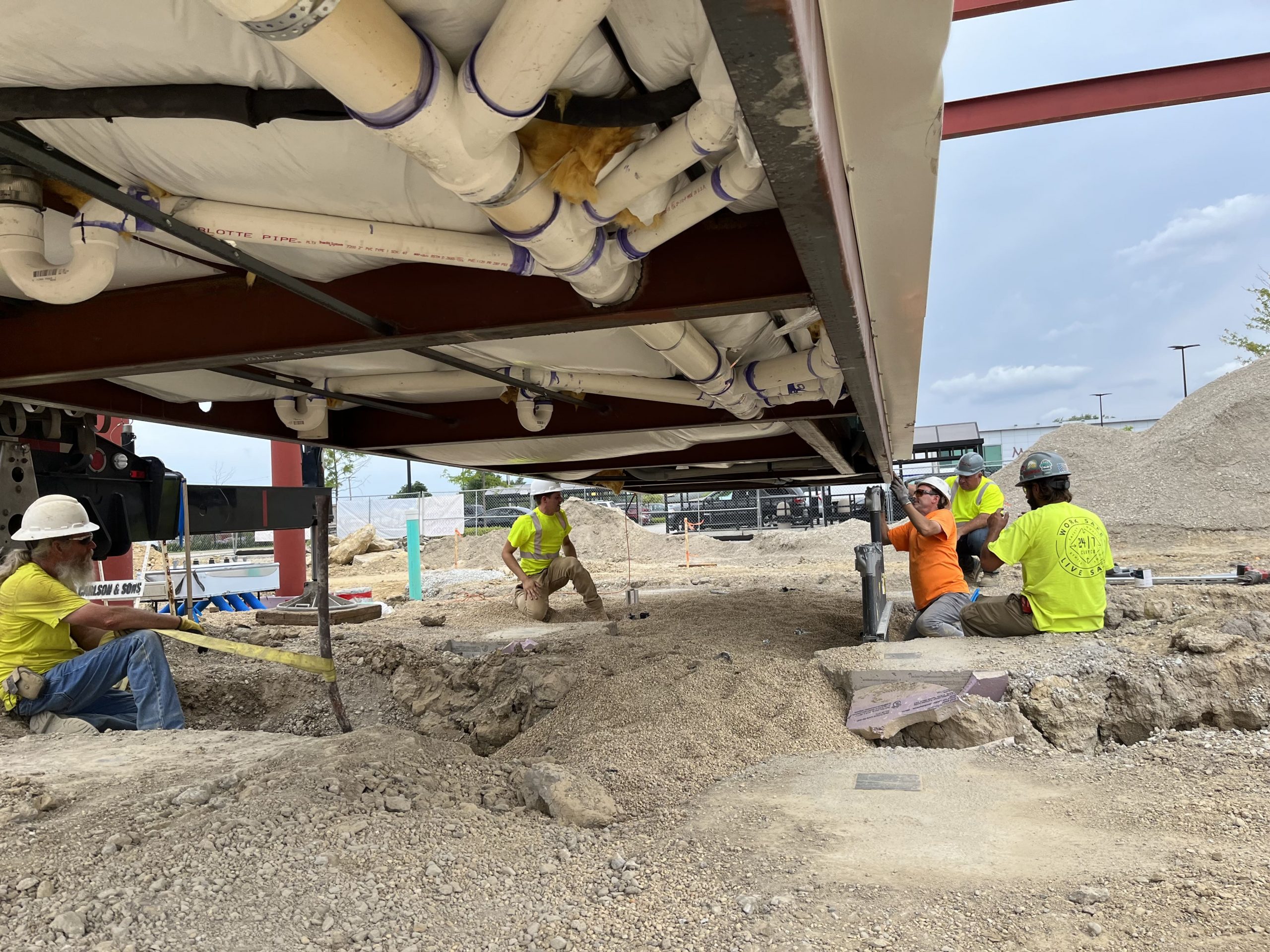 No first week is complete without a little bit of training, and that is where day three found its purpose. I spent the majority of the day doing some of the more pressing/urgent trainings.

Friday had more in store for me than expected, but a challenge is always around the corner and welcome. I rode out to our newest project the Pride of Kane County gas station site in St. Charles, Illinois with Danny, our truck loaded up with camera posts and solar panels. We dug and set two jobsite camera posts and set up cameras on the job site.

Once finished there, we took a hike to a Thornton’s site in Lockport, Illinois and did the same thing there. It was a hot, humid day. We definitely earned our dinners that day.

Day five, the next Monday, I went back to the St Charles Pride site with Derek, another superintendent. He showed me how to set up our TopCon GPS survey tools to localize the site. We walked from location to location measuring the northerly, easterly and elevation coordinates of each control point across the site to help make those precise measurements needed to make a project come together, all in the rain.

Day six was much sunnier and drier than day 5. Bill III and I took a long drive from Mokena out to Rockford, Illinois to one of our Chase Bank sites. We were meeting up with one of our partners from Chase for a pre-construction meeting. We toured the bank, making measurements, observations and suggestions on how Chase would like to get their bank remodel done. After going over each room, what was going to be done in each room and talking through anything not included on the project scope, we got keys to the site and went on our way.

I’ve learned more in one week at R. Carlson & Sons than any other first week of a new job. The hands-on experiences I’ve already received, the job sites and tasks I’ve seen and completed have set the tone for what is expected of me going forward and I can’t wait to see how much I learn and grow over the coming years.